CorregidorIsland
When the Japanese imperial forces attacked Pearl Harboron December 7,1941 Corregidor Island in the Philippines was under US military control with general Douglas MacArthur as commander of US Army Forces in the Far East. Since the beginning of 20th century Corregidor had been a stronghold of US military with 15,000 soldiers and military personnels, 5,000 of them were the Filipinos.

It had a mile long barrack, the longest in the world. The Island was a stronghold for the US hegemony over the Pacific as well as a guard to protect Manila and the whole of the Philippines.

Onthe New Year Day, in 1942 the Japanese Army attacked the US fortress in Bataan peninsula and occupied the area. They installed 100 canons along the Bataan Peninsula and started to throw 7,000 tons of cannon balls into the Island. 5,000 US and the Filipino soldiers died.

President Roosevelt ordered general MacArthur to retreat from Corregidor. On March 17 MacArthur left the Island for Australia. In Australia he declared,” I shall return.”

The Statue of general MacArthur,”I Shall Return” Bataan Peninsula at the back

On May 6th America surrendered to Japan. 10,000 US soldiers were kept as POW and forced to walk 150km to the Japanese camp without any food and water for a week. On the way 5,000 soldiers died. This was what they call “Bataan Death March”

On February 16 US troops headed by commander MacArthur started the operation to recapture the Island. 6,000 Japanese soldiers were on the Island.  8,000 tons of cannon balls were thrown into the island from the battleship.  2,000 US soldiers parachuted down on top of the island. They occupied the central part of the Island and then the commander landed the Island. On March 2nd, Japanese troop exploded Malinta Tunnel. 6,000  Japanese soldiers were said to kill themselves. Only 26 of them left alive including 6 women nurses. General MacArthur was successful in recapturing the Island. 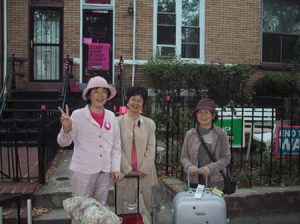